tenia wrote: ↑
Tue Apr 30, 2019 6:18 pm
To be fair though, most of the MCU extras features are fluff pieces that don't explain much and/or are very short. In this regard, I regret the Phase One movies, that were regularly coming with half hour bonus about the technical stuff. And we're very far from the 85 minutes making of Iron Man 2.


movielocke wrote: ↑
Tue Apr 30, 2019 1:53 pm
And actually, the bluray has a director's roundtable of various marvel directors that is actually pretty decent, the other extras are typical studio gee whiz stuff, but that one is quite interesting and fun as they talk about their respective involvements as the series evolves.

Where is this one ? All I can see on blu-ray.com's details are multiple short featurettes, none of them ressembling what you describe.

I actually watched* the extras on Movies Anywhere (it's so much easier and faster than wading through all the damn menus and adverts!), rather than my bluray, and I just logged in to check and it's highlighted as the "featured Extra" after the commentary. and is called "The Directors' Roundtable"

*most all english language extras I watch these days are done while doing the dishes or cleaning up the kitchen with bluetooth headphones on, so "watched" is one way of putting it.
Top

Well, this review of The Reckless Moment really sucks.


They have a black servant, extensive gardens and boathouses projecting an upper middle class opulence, meaning these characters are insulated and oblivious. Post war undertones and era specific gender dynamics obviously go some way to dating this film immensely. Women were homemakers, men worked on motor cars, while girls remained porcelain like and engaged in more feminine activities.

Yeah, why didn't a film from seventy years ago focus on women working on "motor cars" even though the story has nothing to do with that?

What about all the agency that Joan Bennett's character does possess throughout?
And "they have a black servant"—he refers to her as no more than one of the family's possessions and status markers. She does has a name, Sybil, and far from being just "a black servant," the film allows her to become one of the crucial characters of the film—intelligent and fully human, not Mammy stereotyped, and one of the most crucial to the film's thematic developments than any comparable servant portrayal of any other Hollywood films of the era.

The arrogant and dismissive stance toward the film for its crime of being from the 1940s—back projection and the Hays Code, oh the horror!—betrays a laziness and lack of interest with respect to what makes the film so rich and what it does offer within the necessary constraints of its era, not to mention how the film implicitly investigates and critiques the postwar American family-home ideal.
Top

Good production, a smattering of location work and standard back projection means this film never quite gets off the ground

How would "good production" (or a "smattering of location work" for that matter) imply ineffectiveness?
Top

Yes, and then right after that one, the reviewer's parting shot repeats his point that

Having source material taken from a magazine short story probably did it no favours either.

He has a "sense" that this nonexistent short story was one of the main causes of the film's purported low quality, even though he hasn't read it and doesn't know anything about it.
The source was a novel, of course—The Blank Wall, by Elisabeth Sanxay Holding, whose works are still read today, long after her death, and The Blank Wall in particular has been included in the prestigious Library of America series, sharing a volume with the likes of In a Lonely Place and Laura.
Top

I’ll go a step further and say that the novel is a masterwork and even better than the film. It’s certainly more thorough in its engagement with economic and social concerns.

It’s also clear that that reviewer doesn’t understand the long history of literature in magazines. Just ignorance on ignorance.
Top


In movies, the ’60s and ’70s were the heyday of adorable kooks (Goldie, Liza), mentally impaired cuddle bears like the hero of “Charly,” and saintly schizophrenic victims like Gena Rowlands in “A Woman Under the Influence.” Mental illness, in general, was viewed through a softer lens than the one we employ today, partly because of the whole who’s really sane in a crazy world? ideology of the time.

Not really disputing those assertions about how mental illness was portrayed back then in general, but "soft", "saintly", and ideology-driven are words I wouldn't associate with what I saw in Cassavetes' film, at all.
Top

The most necessary review on the internet
Top


There is a very mild metallic look to the artwork

Not sure about American cinema, but true enough at least in Europe, and especially French movies, we just love throwing gratuitous nudity around. I've seen Le plein de super two days ago, and there's one for absolutely no reason, like tons of other 70s/80s movies.
I don't mind myself, and this is more a casual observation than anything, but it does feel at times like it's ticking a checklist box.
Top

My favorite theme in cinema is "boobs".

TraverseTown wrote:I did know a guy once who claimed to have mostly hated Japanese cinema but included In the Realm of the Senses among his most favorites

A French production! The exception that proves the rule, alas.
Top

How does he know they’ve bleached their pablums if they keep their clothes on?
Top

An amusing "review" of Upstream Color: 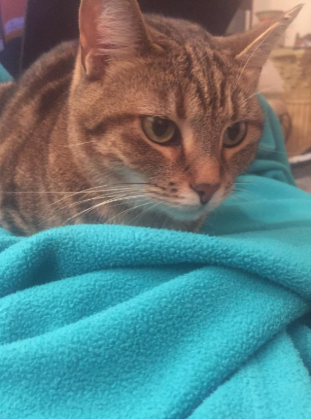 On The Unknown Girl:


European movies continue to baffle me, this movie couldve been thrity minutes shorter (which it needed to be), but they decided to show her life for three weeks. They even showed her smoking for 20 seconds...not once, not twice, but THREE times, and that's just one example. The plot of the movie was pretty good, but I was longing for english words by the end.
One last note: I watched the movie to watch, not read the colsed captions.
D-

The bit about smoking and European films brought to mind this “No Smoking” PSA from John Waters that used to show before every screening at Berkeley’s UC Theatre back in the day.
Top

This is probably a tad unfair, but the number of IMDB reviews of The Battle of Algiers have recently been increased by a load of students who were clearly ordered to write one as a class assignment, very possibly set on 15 March 2019.


I watched the film for our high school social studies class. I liked the film well enough although it being in French was annoying as I needed to pay more attention than if I didn't have subtitles. The acting was pretty good for the era but it was a little concerning that some of the actors were actually in the war.

La battaglia di Algeri was a realist movie because it included the two languages that the Algerians were speaking. They eventually put the movie in black and white which remarkably set the mood of the movie. I enjoyed it even though the acting was quite poor.

It looks realistic but the point of view of Algerians has been represented, so it might not be entirely true.

Besides the obvious drawbacks of being old, black and white, and in a language I don't speak the movie was very good.

I think that the movie does not explain the conflict well, it was just showing, explosions, executions and crimes. We didn't see the president Charles de Gaule's referendum and when the Pieds-Noirs went back to France. I think France was right to ban the movie in the past, it is not contributing to education at all.

I watched The battle of Algiers because we were supposed to watch it for our Social studies class. This film was watched because our unit is about decolonization in Africa. Personally I did not really enjoy the film. Even though it taught me some things I did not like it because it was in French.

I did not enjoy it to much because the acting was terrible but then, it was created in 1966.

The movie itself is old and the voices can sometimes be boring.

The first two ones are not too bad but the next ones are quite some gems.
Top

Do we have to guess which one was written by George H.W. Bush when his counterterrorism advisors pressed him into watching it during the War on Terror? If so I choose the third.

I love the John Waters PSA, especially the line about "how can anyone sit through the length of a film, especially a European film, and not want a cigarette?", which is almost a premonition about that upcoming four hour Mektoub My Love - Intermezzo film about to screen in Cannes! I mean I managed to sit through three hours of Blue Is The Warmest Colour and it taught me a few things but it was a little concerning that some of the actors were in the 'war' and I did not like it because it was in French and everyone was smoking.
Top

Blu-ray.com has a new reviewer and he's keeping up the site's editorial standard as expected


The film is a tribute and love letter to star Bill Murray. In Broken Flowers, Murray is the epitome of cool: wearing bad-ass shades, carrying himself with subtle charm, and listening to a great mixtape on the road, Don is simply a cool and laidback dude. It's not hard to understand why Don became a" Don Juan" or why close friends like Winston think so highly of him. This is a great performance by Murray which is full of nuance and sophistication. Murray also manages to bring a quiet comedic sensibility to each scene.
...
The framing of each scene is both exquisite and personal. Broken Flowers takes audiences on a journey which demands one's attention. Sometimes you see a film and you know right from the start that it's something special. Without a doubt, Broken Flowers is that rare kind of cinematic experience which never lets go.

I was looking up reviews for Ralph Fiennes' The White Crow since it's at my local theater and stumbled on this gem from the "vegan alert" reviewer on Letterboxd:


Vegan alert:
-Steak and fish are ordered in a restaurant.
-There is a reference to cheese in a soup.

That’s her schtick, but I found the fact that she rates almost every movie she sees three stars (with an occasional half star on either side of that) completely useless. When she started following me, I was impressed that she’d seen so many of the films I was watching and thought I’d be able to get insights from someone with similar viewing habits, but anyone who likes almost everything they digest at the same level/degree is useless as a comparison point of taste
Top
Post Reply
4102 posts