That's what I was taught in high school and didn't know it could be anything else.
Top

The s's is entirely a matter of style, not grammar (in other words it is completely arbitrary). In the US, AP style uses s' for any names ending with s. Chicago uses 's for everything not a plural.

I know other style guides have exceptions for ancient names (but do you differentiate Jesus' sandals from your Mexican friend Jesus's sandals, or Moses' robe from Grandma Moses's robe?) or names that end in an "es" syllable. I've come to embrace the "fuck it" simplicity of the Chicago rule, but that's also the style that has ruled my day jobs for a good several years.
Top

I do a lot of editing work. I've never used s's or z's and my clients still pay me, so I think money has the most convincing argument for me here
Top

I have never heard of anyone not adding 's after a z. That is madness.
Top

Found myself wondering what style guides Criterion might use when copyediting/proofing essays, summaries, web content, etc. Not uncommon for organizations to have a house style of some kind, with at least one of the major style guides serving as a second-tier reference for anything not covered in the house style. Would be shocked if they don't have at least two in play, but who knows.

That said, went digging through the Criterion site only to find an instance of "Denis' signature" in the summary for White Material but "Sturges's . . . comedies" on The Lady Eve page. OOoOOOooOOh!

As for possessives for names ending in z, CMS specifically mentions using an apostrophe plus s. The point here being that they're probably calling it out specifically because there is contrary teaching/guidance that has suggested the additional s is *not* needed with an ending z, likely because an ending z can often *sound* just like an ending s. (If style dictated Dickens and Fowles took only an apostrophe, why wouldn't the same be true for Martinez or Cortez?)

(NOTE: I work as a copyeditor and proofreader full time, and I don't have personal feelings one way or the other about most grammar rules along these lines. I just do whatever the recommended style guides tell me to do. If not clearly addressed in the style references, internal consistency is at least something [CRITERION!], though even then I would try to check with the client or reference their other published materials before making a decision of my own.)
Top

It's settled, then: "S-apostrophe-S" versus "S-apostrophe" is the linguistic version of "coke" vs. "pop" vs. "soda".
Top

When Criterion reissued F For Fake, the cover text went from "Orson Welles' F For Fake" to "Orson Welles's For For Fake". I think the best approach for any filmmaker whose last name ends in an "s" is just to avoid the possessive altogether and go with "A Film By _____" (which is pretty much what Criterion has done with all of its subsequent Welles releases).
Top 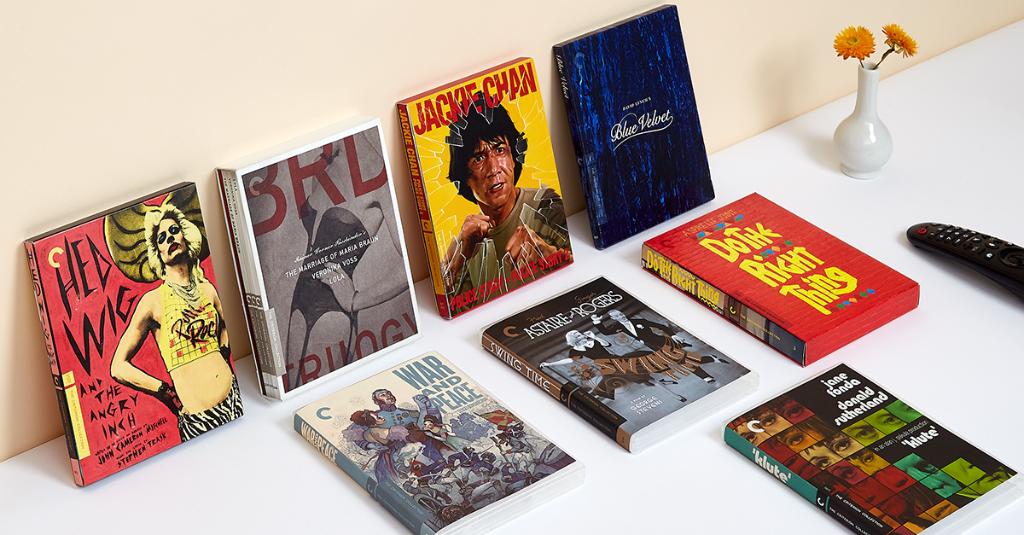 Klute is a stunner. I can't shake the feeling that the packaging for War and Peace should be overwhelming. Like poured concrete. Something with rivets. Something wide. The poor thing looks nice, but puny.
Top

Congrats to Cluny Brown for being only the third cover in the history of the forum to prompt enough discussion for a dedicated thread. Please use that thread going forward for further discussion/statements of stunned disbelief
Top

What are the other two? Viridiana and...?
Top

movielocke, I'm with you
Top

What was the original Modern Times cover?

EDIT: I'm not even really in love with the current cover, so how bad was this?
Top

I don't think they ever changed it
Top

I remember they changed A CHRISTMAS TALE from that weird lens flare image to the cigarette smoke creating a tree.
Top

They changed the cover for THE MAKIOKA SISTERS as well. If I recall correctly, that was also in response to the negative reactions.
Top
Post Reply
2116 posts

Return to “Criterion Rumors and News”