Could this be a Let's-Cash-in-on-Romero's-Death Edition, which, due to the public domain status, is probably being released in spite of and in addition to the rumored forthcoming Criterion edition?
Top

Its a terribly smart business decision from Mill Creek. About everyone knows of the still forthcoming Criterion edition now, but then it gets delayed, so they have the October / idiot market wrapped up nicely.

In case anyone wanted to know what kind of company Mill Creek was, here's their tribute to Romero when he died: Minkin wrote:In case anyone wanted to know what kind of company Mill Creek was, here's their tribute to Romero when he died:

I don't see the problem, but anyways... Mary Reilly coming to Blu-ray in October
Top

With an exclusive Reb Brown commentary no less! 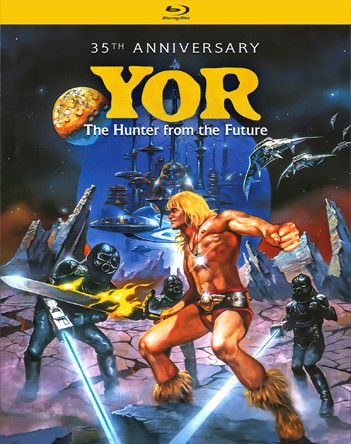 (I have never seen this movie but I am in the bag day 1 for all Italian postapocalyptic trash.)
Top

You mean *now* they hit bottom? =D (This is the same company where their massive collection of sci-fi films includes one of the bafflingly worst films ever [R.O.T.O.R.])
Top

I've not seen it but according to one of the commentators on one of the volumes of that 42nd Street Forever trailer compilation set this film apparently inspired the ultimate pithy negative review: "Up Yors!"

Is this the theatrical version, or the four part television mini-series version that has only been previously shown in Italy?
Top

Mill Creek is releasing double feature Blu-rays of the following on September 18:

Seeing as Sony's UK DVD of Age of Consent now appears to be OOP, I wonder if it is forthcoming from Indicator? This seems to be the pattern, and other Mill Creek Sony releases have done the same (namely some of Sony's Hammer titles).
Top

Eyes Of Laura Mars has a nice UK release from Indicator. Region-free, even, and with some good extras.
Top

Though the LE with the booklet is OOP
Top

And if those are too high brow for you, don't worry, they're also releasing Jury Duty! And Opportunity Knocks, Excess Baggage, and Double Team-- finally, a Blu-ray lineup fitting of a Tuesday afternoon of HBO2 programming circa 1999
Top

Unfortunately any Universal title I can think of wanting on Blu is unlikely to fit the perimeters of Mill Creek’s usual post-70s output. Still, who knows anymore, so maybe
Top

Brainscan has a Scream Factory release that is barely 7 months old, while the Twilight Time 2013 release of Mindwarp is OOP.
Top

This special edition release makes the North American Blu-ray debut of Mothra and includes both the U.S. theatrical cut as well as the original, extended Japanese version of the film. Special features include feature-length commentary with authors and Japanese Sci-Fi historians Steve Ryfle & Ed Godziszewski, trailers, and a photo gallery. The film is presented in a 2.35:1 widescreen aspect ratio with DTS-HD Master Audio for both English and Japanese tracks and English Subtitles on a dual-layered Blu-ray disc.

Sounds pretty impressive for a Mill Creek release. And the art is very nice.
Top

Return to “DVD and Blu-ray News and Discussions”