I would have expected a Blu-ray release for this, too bad only An American Werewolf in London is released. That's frankly the only good thing with most of these remakes: the originals get released on Blu-ray. But then again, Universal's handling of classic movies in HD isn't that great.
Top

Great photo file from the Three Karloff Frankestein Films for Universal. Some you've seen before, some pretty cool.

What's kind of creeping me out is the shots from the '31 original, where the hair is going all the way down the back of his neck virtually to his shoulders. Looks freaky, and I never saw this before. Has anyone here?
Top

I've seen a couple of those Frankenmullet shots before (#5, and the cuppa + ciggy one), but it was a long, long time ago, published somewhere but can't recall where.
Top 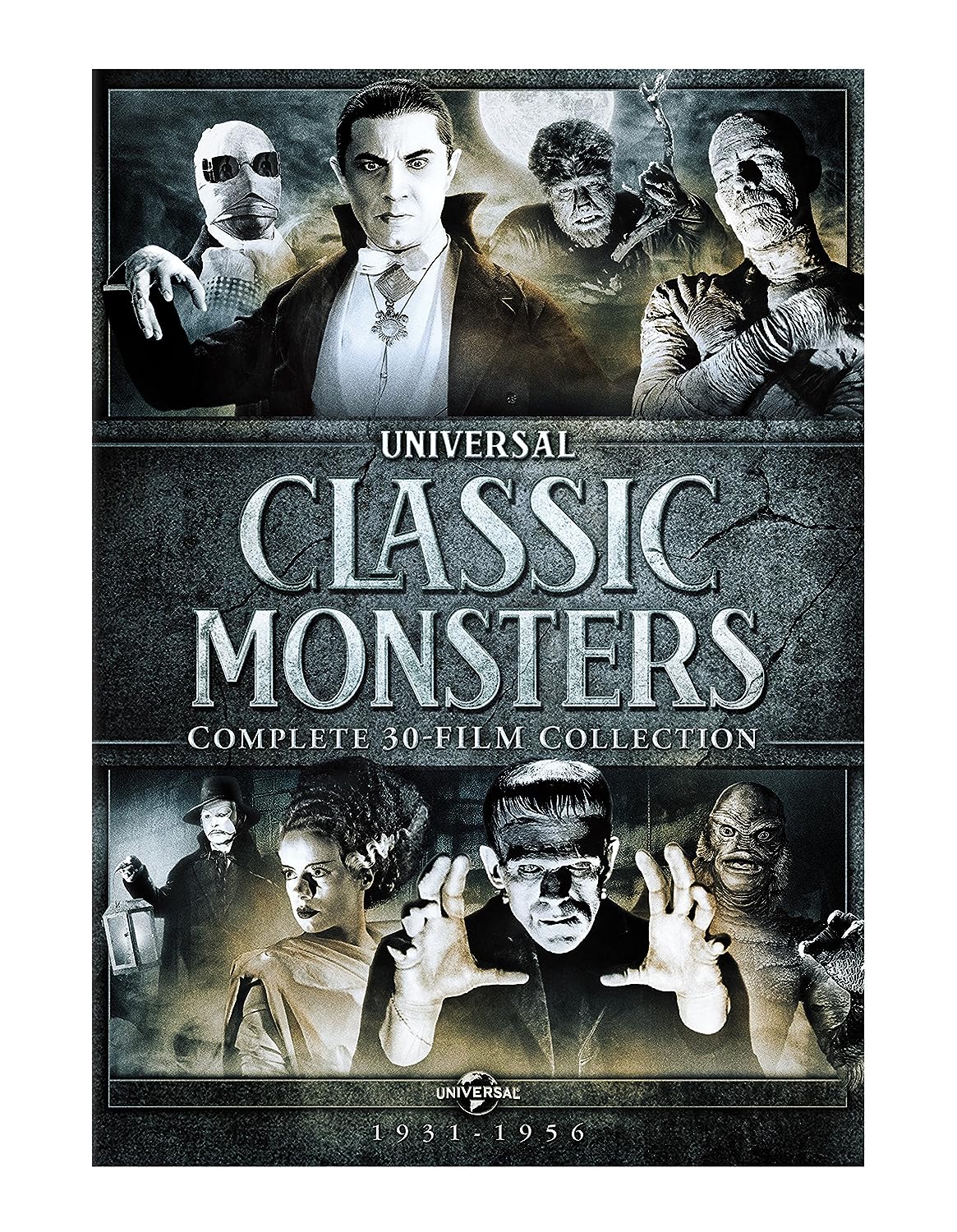 Im guessing this is just an idiotic repackaging of those various monsters sets. Great for both people who don't own a single one of those movies already on DVD/Blu. I don't understand Universal's problems. They are sitting on one of the biggest cash piles, and they choose to do nothing with their classic horror titles. The bluray set was amazing, but its been two years. Germany is at least getting some great films - Monolith Monsters, Mole People, etc. Perhaps we'll luck out and either Arrow/Criterion will get some titles that Universal is too fucking lazy to deal with (I've held out hope for quite awhile that someone will do a proper edition of The Raven/The Black Cat).
Top

Universal has put these out on single-sided discs and in normal keepcases-- this is absolutely cause for celebration. Would we love a thirty-film Blu-ray set? Sure! Is that realistic? Probably not!
Top

I am drooling right now...
Top

domino harvey wrote:Universal has put these out on single-sided discs and in normal keepcases-- this is absolutely cause for celebration. Would we love a thirty-film Blu-ray set? Sure! Is that realistic? Probably not!

If Criterion can release a Blu-ray box set of 25 Zatoichi films, then Universal should be able to release a 30-film Blu-ray set of their classic monster films. Or, at least, they should have been able to had they not already released the 8-film Universal Classic Monsters: The Essential Collection set.
Top

SON OF FRANKENSTEIN, blu, pleeeeeeeeeeeeeze. Between Rathbone hamming it up, Lugosi going overboard (even for him), Karloff having lost his voice and Atwill's arm...along with the fact that Rowland V. Lee kinda made it up as they went along...please? Then I can lie to my wife again and tell her this is absolutely the last blu-ray I'll buy...
Top

REVENGE OF THE CREATURE on 3-D Blu-ray!

REVENGE OF THE CREATURE is newly restored and coming to 3-D Blu-ray on August 28, 2018: 4K scans of the original 35mm negatives by NBCUniversal and stereoscopic alignment by 3-D Film Archive!

For more information on the restoration and rare Creature memorabilia from the Archive, please visit: http://www.3dfilmarchive.com/revenge-of-the-creature 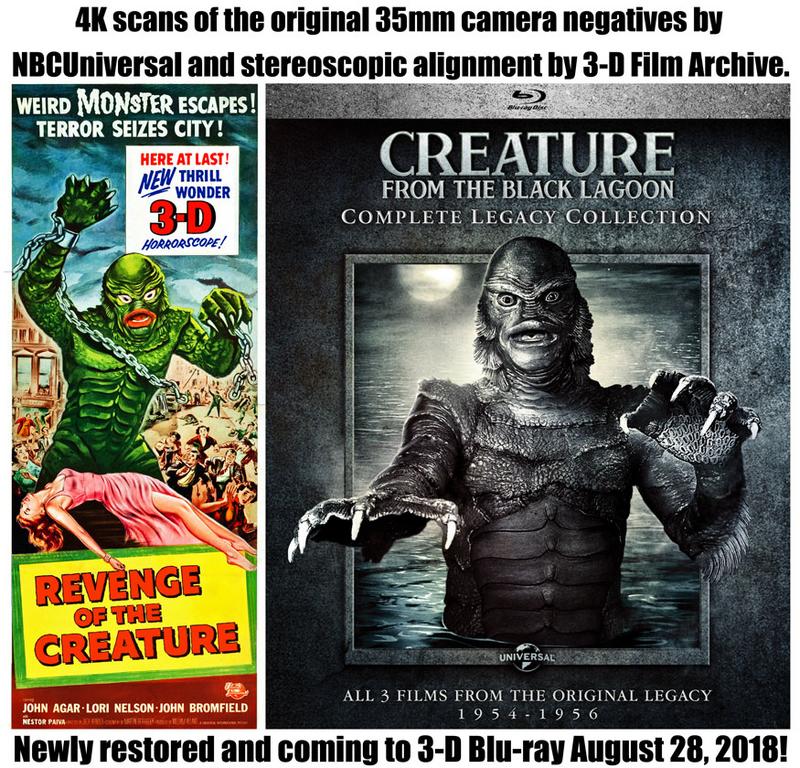 Anything new added that wasn’t in any of the other collections?
Top
Post Reply
88 posts

Return to “DVD and Blu-ray News and Discussions”