Wow. Never thought this would happen. Of course, as the blurb points out, will the musical acts be included?

Nicknamed the "Not Ready for Primetime Players," the original cast of Saturday Night Live ignited a comedy revolution with their mix of irreverent characters and satirical impressions of political figures and pop culture icons.

From the premiere of this groundbreaking sketch comedy show on October 11, 1975, live from historical Studio 8H in New York City's Rockefeller Center, Dan Aykroyd, John Belushi, Jane Curtain, Chevy Chase, Garrett Morris, Laraine Newman, and Gilda Radner launched themselves into instant stardom and were often referred to as "The Beatles of Comedy."

Created by Lorne Michaels over three decades ago, few other shows have had the cultural impact and relevance of Saturday Night Live.

Nowhere else can you see the complete first season of SNL, featuring hosts George Carlin, Rob Reiner, Lily Tomlin, Richard Pryor, Elliott Gould, Candace Bergen, or original musical performances by Simon & Garfunkle, ABBA, Patti Smith, Jimmy Cliff, and Carly Simon. And if you're curious as to how the original cast was hired, check out the DVD bonus features that include the screen tests of each performer.

That's right, the thing we thought would never happen is happening; season 1 of Saturday Night Live is coming on December 5. The EIGHT disc set (all single-sided) will sell for $69.98 and includes a 32 page limited edition photo book with rare SNL photos of the cast and Lorne Michaels. The set will feature full frame (1.33:1) video, along with English stereo audio. The set includes 1594 mins of material - over 26 hours!
Obviously the big question on everyone's minds is "What about the musical performances?" and it's something we don't have the answer to right now, but we'll look into it and post anything we can find out.

I wonder if future sets will include controversial skits and episodes.

Fletch F. Fletch wrote:Wow. Never thought this would happen. Of course, as the blurb points out, will the musical acts be included?

If that's just a rewritten press release (which I assume it is), it seems to indicate that the performances will be included:

With recordings of live performances, you don't often have to deal with the same kinds of music clearance issues as you do when you're using the original recording of a song. SNL (or, more rightly, NBC Universal) would own these particular performances (unless an artist specified in their contract that they retain all rights to recorded performances, which would be highly unlikely).
Top

I may have to pick this up. I would love to have easy access to the landmark Richard Pryor episode.
Top

I will be very pleasantly surprised if they include the Muppets sketches (which were shown regularly the first season). Disney owns The Muppets brand now, and this credit from the original title sequence alone is probably enough to piss them off: 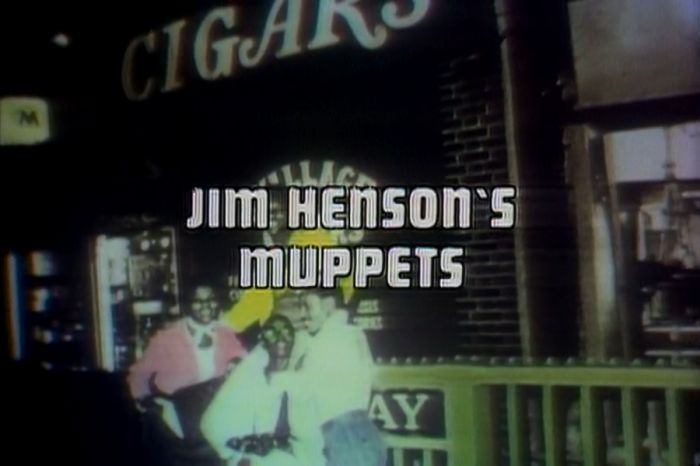 Details on the 4th season of SNL.
Top

Fletch F. Fletch wrote:Details on the 4th season of SNL.

I started watching Season 1 at my mother's house over XMas. Got through the first four episodes. I don't know. I love the cast and there were moments of brilliance and sheer comedy, but it seems to me that Season's 3 and 4 are the way to go for a good representation of this period of the show.

Any thoughts from SNL people?
Top

So I caught this digital short on SNL and I can't stop watching it, maybe it's the John Waters cameo but there's something about it that's oddly hypnotic.
Top

Nicki Minaj as an adorable nerd perhaps? The whole thing is a tour de force, but she just about killed me. I'll be t-rexin' now.
Top

Minaj's flamboyant outfit somehow makes me more attracted to her, the whole video is a weird delight
Top

I didn't think you could top her performance outfit on SNL, but then I saw this. The Blackenstein wig during the second song upstaged both outfits that evening, though.
Top

She definitely does the Lady Gaga look better than Lady Gaga.
Top

Say what you will about SNL, that Republican Party music video slam of Boehner, Bachmann, et al. was pretty brilliant.
Top

Looking forward to seeing what the first Seth-less Weekend Update brings next month. Colin Jost looks like a solid replacement in the vein for bringing Tina Fey in with Jimmy Fallon.

I always really wanted to see John Mulaney at the desk but he's got other stuff goin on these days.
Top

Eh, I thought Cecily Strong was more than capable of doing it herself.
Top

The last solo anchor before Seth was Colin Quinn... I dig the two anchor format - Seth was always better when Amy dropped in. Cecily has really grown on me, but I don't think she's up to that Norm McDonald level of personal stamp and confidence to really do a stellar job solo.
Top

We'll never know if they never let her try
Top

The thing to consider too is that solo anchors tend to disappear from the rest of the show because of the workload of WU. I wouldn't want her to do that because I find her too good all around, not just at the desk.
Top

Is that true? I don't remember that really being a thing until Tina Fey (who was never a solo anchor anyway).
Top

Brian C wrote:Is that true? I don't remember that really being a thing until Tina Fey (who was never a solo anchor anyway).

I only started watching after Lorne came back in the mid 80's, but Dennis Miller and Norm Macdonald were rarely in normal sketches (Miller almost never). Kevin Nealon was though. At the same time, Tina Fey and Seth Meyeres not being in as many sketches could also be the result of them having more writing responsibilities.
Top

Maybe I remember Norm being in more sketches than he really was, due to his Bob Dole and Burt Reynolds impressions.
Top

I think Moe is right about the workload involved in being the lead or solo anchor for WU. It also kind of depends on the strengths of the individual, doesn't it? Miller had no interest in being in any of the comedy sketches because he wasn't really into that type of performance comedy. Same goes for Quinn probably. Nealon started out as one of the performers, but it also didn't seem like his version of WU was all that taxing, since he was kind of trying to be a clueless anchor. Fey started out as a writer and really only was in sketches when necessary - her Palin was just because no one else could do it. Meyers tried to be in sketches early on, but I think his shift to writing duties was more of a mutual agreement between him and Lorne. Fallon and Poehler were performers first and wanted to continue in that capacity so that's likely why they both co-anchored with a head-writer. McDonald did appear in sketches, but it was very rare. While I agree with mfunk on Strong's abilities, right now, I think they lean so heavily on Strong that I assume they wanted her to continue to concentrate her talents on the sketches (she pretty much in every sketch - so much so that they've already joked about it). Plus, this allows her to come back on Update as a character, like Girl You Wish You Hadn't Started a Conversation with at a Party (though that one might have already run its course).
Top