Has anyone else bit into this new animated series on Adult Swim? I expected it to be something as trashily disposable as most of the Adult Swim fare (some of which I really like, don't get me wrong..."I'll slobber your dingus?" is a phrase commonly uttered in the circles I move in), but no, this show is gold. The first six episodes are on Adult Swim's website, to watch for free, and I highly recommend it.
Top

Love it. Co-created by Community's one and only Dan Harmon, to boot.
Top

This was playing in a bar I was in last night and my friend and I did nothing but disparage the sub-standard animation and the incoherence of the plot.

In the show's defense, the television muted, and we weren't really watching it, so maybe my criticisms are slightly uninformed.
Top

karmajuice wrote:This was playing in a bar I was in last night and my friend and I did nothing but disparage the sub-standard animation and the incoherence of the plot.

In the show's defense, the television muted, and we weren't really watching it, so maybe my criticisms are slightly uninformed.

I think the show's got a pretty good case against you here.
Top

Coming to Blu-ray (!) in October from Warners
Top

Just got into this show and am fully caught up. The last episode with Colbert, might be the funniest one I've seen.
Top

Yet, both are disappointing in their own ways.
Top

Actually, I made that comment because I feel like this show is firing on all cylinders, and I didn't ever feel frustrated with it like I did at times with the Lynch.
Top

A weird comparison but I certainly agree. Although I think Season 3 of R&M was easily at least a small notch below the first two ones. My worry is that they get too "meta" with how much of the fandom unironically embraces and even almost idolizes the Rick character even though of course he's never been supposed to be a good guy to say the least. So in a way S3 felt like it was cutting him down to size, or rather showing more blatantly how much of a dick he is. Good and well, but I occasionally got the feeling that the overall storytelling was a bit more self-conscious because of this, compared to the first two seasons.

Nevertheless, it was great - only a few episodes weren't home runs. Loved the world full of Mortys (and Ricks). And Morty finally becoming his best self, a suave Wall Street player etc, only for Rick to topple it back down and both back to their normal toxic selves.
Top

It's sort of stupid for me to point out that they're both in their third seasons following either a brief or extended hiatus, though it's interesting to note that both shows also share a common director across the entire season (in this case, Wes Archer, who of course also directed some of the best episodes of The Simpsons). By that logic I should possibly add Rick and Morty to my Dynamic Top 10 for 2017 (or remove Twin Peaks).
Top

swo17 wrote:It's sort of stupid for me to point out that they're both in their third seasons following either a brief or extended hiatus, though it's interesting to note that both shows also share a common director across the entire season (in this case, Wes Archer, who of course also directed some of the best episodes of The Simpsons). By that logic I should possibly add Rick and Morty to my Dynamic Top 10 for 2017 (or remove Twin Peaks).

Oh that is interesting, I had no clue about who directed Rick and Morty. It certainly seems streamlined and cohesive across not just the season but the series. And going out further on that limb I think there's more imagination and sheer weirdness, in the best sense and not in a trying-hard sense, in this past season than in S3 of Peaks. There's so much creativity bursting at the seams of this show - remember the recent episode with the memory-vial things which almost functioned like 20 potential episodes stuffed into one. I'd watch a full episode just centered on that strange (but innocent!) teacher at Morty's school who he thought he saw on the moon. Just describing it sounds absurd, but that was such a hilarious twist.
Top

Oh man, that moon guy...this show really is making good on the promise of cartoons to be limited only by the imagination.

Also, Archer only directed a handful of Season 2 eps before this season.
Top

I like both shows, but BoJack Horseman fits my sense of humor a little more. And I think it has a better balance of the serious and the goofy than this, although R&M do it quite well too.
Top

Funny you should mention BoJack, as I just saw a handful of episodes from late Season 3 with someone watching it. I thought it was great, it's really great at balancing the humor and the surprisingly deep and dark side that BoJack so often dives into. It's a very clever show and I can't wait to watch it all from the beginning. I remember one comment online that said how BoJack started off in their view as something more normal but quickly evolved into a great show and also a show that oddly manages to be more human than almost any others despite being about, you know, animals. I could see that truth in it, that human-ness, from what I saw; I'd definitely say to anyone who's avoiding it because it looks like a silly cartoon about a celebrity horse that it's both that and one of the most powerful shows on television when it really wants to go for the jugular (or the tear ducts, as it were).

And though BoJack is pretty different from R&M, it's also similar enough in sensibility and depth/humor ratio, and I'm sure there's a lot of crossover between both shows's fanbases.

Also, it has an episode or two in late Season 3 that depicts an alcoholic blackout more accurately than nearly anything else I can recall, and with typical devastating humor. It's quite impressive.
Top

I watched all three series of R&M over a week or so - I was a huge fan of Community. I really liked it, shame it has a small number of idiot fans though.
Top

I enjoy the show but its most rabid fans have turned me off of it. The Szechuan sauce incident and the doxxing of female writers for the mere act of being hired were the straws that broke the camel's back for me. I'm reminded of the rather fanatical cult that formed around Eric Cartman during the height of South Park's fame, some members of which now occupy the throngs of the white nationalists. I can't separate the show from the fan, and whenever I think of Rick and Morty fans, I inevitably get the image of Gamergaters or MRA members. I'm glad Harmon came out strongly against these types after the doxxing but they're not going away and I can't get behind a show that plays up the trope of the asshole white male who's the smartest person in the room. Maybe I'll be able to get back into it when all the heat dies down, but for now it's Bojack for me.
Top

A lot of people have watched Rick and Morty and I seriously doubt a majority of them are the toxic ones. It strikes me as a tad fallacious to assume that just because one very vocal minority is crass and offensive it represents the fanbase as a whole. There's a concept known as the Pareto Principle that states that about eighty percent of effects come from about twenty percent of the causes. Are there terrible Rick and Morty fans? Yes of course. But I feel it's only become sensationalized due to reporting and the show being wildly popular. It will inevitably go away as it always does.

There are far, far worse fandoms by the way. This link is NSFW/NSFL even though it revolves around a show that airs on Cartoon Network.
Top

Oh, there are a lot of terrible fandoms out there for sure and the most vocal are always a minority consisting of the most possessive. But I think the show plays into this type of behavior in the same way South Park did. Even though Harmon and Rolland don't condone Rick as a person, he's an easy idol for disaffected internet trolls to grasp onto. I think it's also that everyone I run into offline that says they're a fan of the show isn't far off from the ones menacing people online and branding themselves "Ricks." I've yet to meet a Steven Universe fan that I could say the same of. Obviously anecdotal, but it's certainly influenced my opinion of the show.
Top

I understand your point and sympathize but I just can't agree wholeheartedly.

Rick and Morty to me is just another example of something being popular that's reached the highest end of fandom mania and as such only the most ridiculous vocal minority is being seen. And it's not a new phenomenon. People in fandoms (Remember the word fanatic comes from fan) have been doing stupid things still time immemorial. One of my favorite books documents such a case. Tulip mania is an old example of something becoming popular and people losing their minds over it. Over time the madness subsided and tulips are no longer genuinely associated with people being ridiculous.

Is this subset currently ruining it for everyone else? Yes absolutely. But I feel rationality will win out in the long run because it almost always does. In time the self proclaimed "Rick fans" will move onto something else. It's not a perfect answer (or solution as they will still poison something else) and I again completely understand your viewpoint but I just can't rationally believe that this is a permanent fixture surrounding the show. I understand your disgust but feel that in time returning to the show might be worth your time (That of course is up to you.)
Top

I only know like two fans of this show and all I've ever seen them do is share Pickle Rick memes.
Top

The only fans I know just basically love the show.
Top

I like the show, my wife loves it, and I've been hoping she doesn't hear about any of this nonsense and since she stays off of social media I don't think she has.
Top 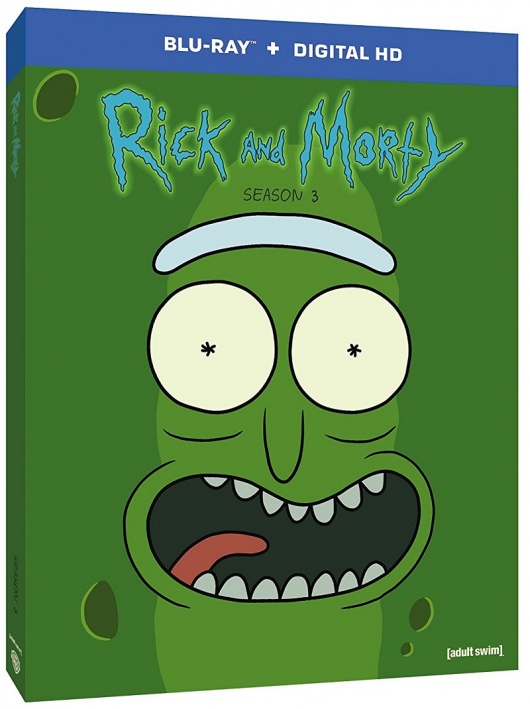 You must not be in on the shitposting joke about that. I have no doubt it's meant to be that awful.
Top
Post Reply
105 posts