Discuss DVDs and Blu-rays released from Arrow and the films on them.
Forum rules
Post Reply
18 posts • Page 1 of 1
Message
Author 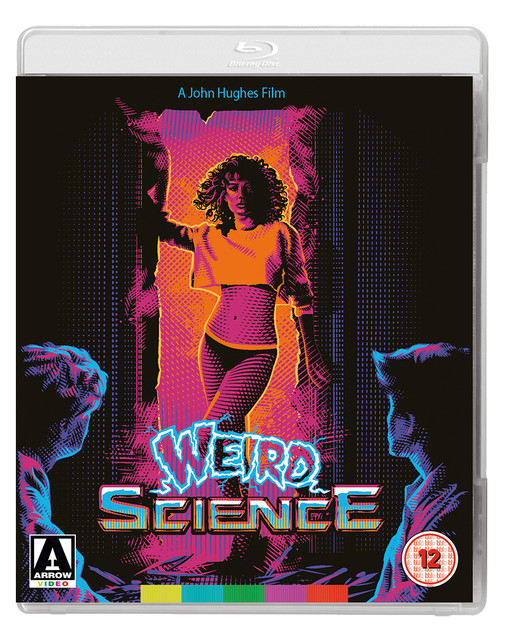 Thought this would go to Shout, surprised Arrow ended up with it. The extra of the TV version sounds intriguing, though unlike some other Hughes movies I never saw it as a kid in either version (though I’d seen a few episodes of the TV show). Somehow I suspect there won’t be an academic discussion of Anthony Michael Hall’s “black voice,” so keep dreaming of that potential Criterion release

I like this one a lot though, especially in how it sounds like a really creepy horndog teen fantasy and ends up being a sweet movie in which our nerdy leads never actually do anything untoward with their creation and instead get real girlfriends by improving their self-esteem and worth in the eyes of others
Top

In contrast, I saw the edited-for-TV version of Ferris Bueller so many times growing up that the actual version (especially the scene of the nurse delivering the telegram) just feels wrong to me
Top

I don't think any film should be claimed to represent everyone's experience. And when it's this one, far from it. Every teenage boy fantasizes about creating a subservient sex robot and then not having sex with it/her?
Last edited by Gregory on Fri Apr 26, 2019 1:49 pm, edited 1 time in total.
Top

I object to the idea that Kelly LeBrock somehow could not be a teenage boy's wildest fantasy! And whilst she is literally manufactured by the two boys, she wastes no time in turning the tables on them and is definitely the dominant partner of the trio! One of the more comic aspects of the situation is that once created our nerdy heroes are rather intimidated by even a fantasy female!

Actually the "every teenage boy's wildest fantasy" aspect could just as easily encompass other things too from the older brother literally turned into a talking pile of faeces to the grandparents getting freezer-drawered, to standing up to Michael Berryman as leader of a very intimidating biker gang!
Top

Just another reason it's a silly claim to make.
Top

Also, all the cred she gives them with the clothes/cars/wild parties. John Hughes and The Blues Brothers were practically city issued material growing up in Chicago in the 80s and 90s, so I never saw the tv edits of this or any other Hughes movie. I’m looking forward to the upgrade.
Top

This one's got its moments, but I always thought it was a weaker cousin of '80s Hughes films like Sixteen Candles and The Breakfast Club – perhaps leaning a little too heavily on wacky comedy over characterisation. Still, good on Arrow for bringing this out, and I'm super-interested in reading the wonderful Alexandra Heller-Nicholas' take on it in the booklet.
Top

Another 4K restoration from Arrow of this beauty wouldn't go amiss (nor would some more Hughes; especially Uncle Buck).
Top

The comparison featurette exploring the differences between the theatrical and TV versions is really fun. In addition to the obvious profanity, sexual references, and nudity, it's always surprising to see what was once considered inappropriate for TV then that wouldn't cause anyone to bat an eyelash now (lines that were changed include "We are studs," "They're gonna freak out!" and "Screw the house."). I actually wish this kind of feature was included more often, at least for comedies. I believe the only other ones I've seen are for De Palm's Dressed to Kill and Scarface.
Top

Shaun of the Dead is a classic of the (funkin') genre:

Excuse you all, but this is the ne plus ultra of bad TV dubs
Top
Post Reply
18 posts • Page 1 of 1