My Son John is an appallingly bad movie-- considering Robert Walker died to get out of finishing it, I can't recommend anyone else start it either. The first words of Dean Jagger's mouth to his son Walker when he thinks he might be a dirty leftist are that if it were true, he'd take him out in the backyard and unload both barrels of a shotgun into him... so this isn't a subtle movie. I like many of the anti-commie movies from this era (even a dopey film not much less right-wing than this, Big Jim McLain, is at least fun), but this is the worst I've ever seen, and it is such a repellent and hateful film that there are large portions where you really have to do the math like that meme GIF of the woman looking at equations to remind yourself this isn't bad satire but is instead even worse sincere bile directed at intellectualism (or "communism," same diff here). Jagger is such a likable actor that hearing him spew out some of the most repellent world views imaginable, all framed by the film as correct and commendable, gives serious cognitive dissonance (and that's even before he literally pounds his son over the head with a bible in anger-- no, really). Oh my God, and somehow the worst part of all is Helen Hayes anticipating Gena Rowlands with her singularly bad perf-- no wonder some people try to convince themselves this shit is subversive art, it's basically a proto-Cassavetes movies for the first two acts. If anyone is really trying to reclaim this garbage movie as anything but garbage... well, as Jagger might say, stop thinking! The last act, after Robert Walker inconveniently died in the middle of shooting, is like if Ed Wood had access to Van Heflin after he lost a bet or something ("What's that John, Timmy fell down the well? Okay John, well let me say your name a few more times since you didn't record your dialogue before running away screaming from this mortal coil, John")
Top

I still love it in a death of the author sort of way ala watching a Morrissey film. While McCarey's sympathies are with the father the film does a terrible job of making that reasonable so instead it pains me as the story of a fey man punished under the thumb of a cruel patriarch. McCarey's natural talents in exploring family dynamics manages to defeat his intentions. Also I find the compromised ending seamless and fitting though it would be nice if Walker lived a few more weeks.
Top

McCarey's very real hyper-religious, super right wing beliefs are perfectly relevant to a reading and indeed pretending he didn't hold the beliefs depicted on-screen is really ignoring what the text is giving us in a not particularly helpful way. The film goes out of its way to confirm Jagger was correct all along, and his only misstep was in second guessing himself by listening to his histrionic wife and giving his non-football playing son the benefit of the doubt for a spell

And you found the ending seamless????? I have had this saved on my phone for five months waiting to be able to use it: 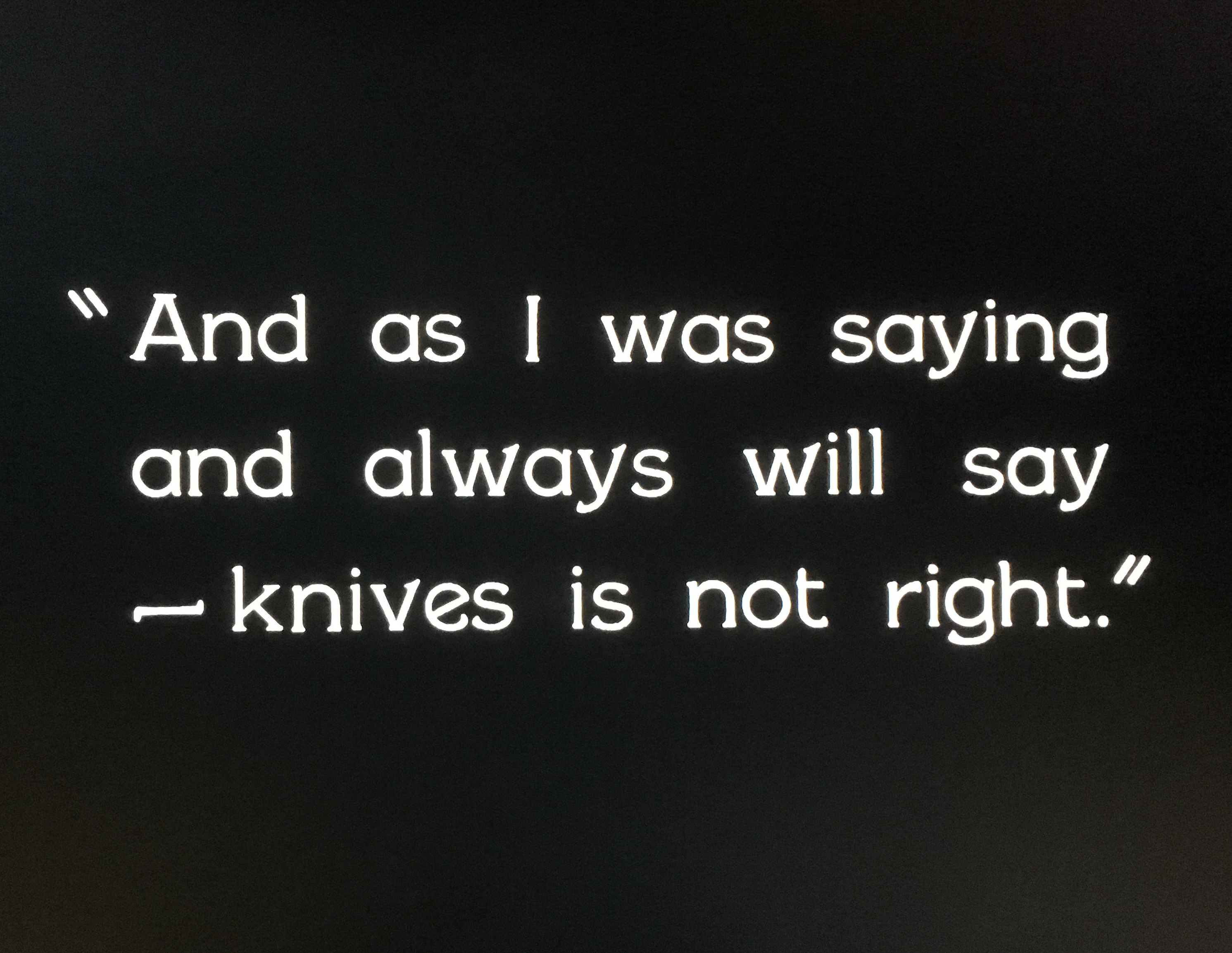 Bosley Crowther wrote:Amid all this turmoil, an irony is that one of the latest films from Hollywood, My Son John, is a passionate endorsement of the relentless pursuit of American Communists to the extent that the acceptance of "guilt by association" is espoused. Helen Hayes is the star of this picture as a mother who condemns her own son when she learns that he has been consorting with a girl who is charged with being a spy. The irony is that the sort of cultural vigilantism that is currently being forced on Hollywood is made heroic in the person of Dean Jagger, who plays an American Legionnaire.

This is only bits and pieces of what Crowther wrote about the film in 1952 but it actually sounds like in addition to being mean spirited it's also downright paranoid. And I'm unsure what Hedda Hopper was drinking but she apparently said people who read the script raved about it.
Top

Jagger's character is a reminder that the kind of jingoistic religious and pigheaded furor coming from fans of a certain red cap-sporting politician is nothing new, at least. Also I forgot to mention Jagger's character is a teacher and at one point in the film-- and again, I kid you not, this really happens-- he calls one of his young students a "snitch" for lodging a complaint about his mentioning of God in his classroom
Top

This movie is so insane it verges on the psychotronic. The sheer queasy tone, the ramped-up hysterical performances, Walker's singular creepiness (contrasted with the blonde, all-American, football-playing, gung-ho military brothers), the platitudes, Dean Jagger marching in place while singing "If Ya Don't Love Yer Uncle Sammy," that heavenly beam of light shining on Walker's commencement address (delivered from beyond the grave)...I could go on and on. Helen Hayes' performance must be seen to be believed. While ostensibly about Communism I'll dare say that this movie is also eerily relatable for any closeted queer person and/or liberal academic type who feels profoundly uncomfortable going home to visit The Folks. That said, it's still utter garbage of the very best sort.

By the way I believe James Harvey, and maybe also Robin Wood, try to reclaim Jagger's character by saying "McCarey wants us to see him as absurd!" but I think that's a stretch...better to simply appreciate the movie for what it is, an unabashedly cringey propaganda piece. It's one of my favorite 1950s American films.
Top

Don't forget the "comic" priest who is so offended by Walker's rather harmless dig at him that he stalks the family's house trying to have the last word with Walker!
Top

That's actually a good example of what I mean by the film undermining McCarey's intentions. He wanted an anti-communist film and instead delivered one about the pains of living in the closet.
Top

I’m surprised anyone can interpret the film as being about in the closet. If anything, it equates being a Communist to stereotypes of what being gay were back then: a bourgeois elitist and a sexual deviant on top of that. I know McCarey’s career before this is marked mostly by The Awful Truth, but more than anything, it pains me that the director of Ruggles of Red Gap, one of the funniest and most thoughtful films about class (though with a bit of McCarey jingoism) can produce something so comically stupid and outright hateful on top of all that.
Top

My interpretation is in no way original, see the previous page for example, and to dismiss the closeted reading for being based in stereotypes ignores how homosexuality was coded under the code.
Top

Pardon the shameless plug, but an HD copy of McCarey’s Catholic propaganda short You Can Change The World (discussed by domino on the previous page) is on the Arrow Academy release of The Bells of St Mary’s, should you be inclined to seek it out.
Top

Jeff wrote: ↑
Sun Jan 31, 2010 6:53 pm
I always thought that was ridiculous too. I was especially amused by Newsradio's Vicki Lewis (she was there as Nick Nolte's date) who sat and scowled angrily at Kazan. Like anyone gives a shit what Vicki Lewis thinks of Elia Kazan.

I just saw this post - Vicki Lewis was there (and did not applaud), but I'm wondering if you mixed her up with Amy Madigan.

FWIW, Zoe Kazan was just asked about her grandfather at the TCA's where she was promoting The Plot Against America.
Top

Jeff quit the board a few years back, he won’t be able to answer!
Top

Aw, I thought he was just taking a break.
Top

We’re not Dean Jagger, Jeff is always welcome back, even if he doesn’t love his ol’ Uncle Sammy
Top
Post Reply
41 posts